Why “the News” shouldn’t cover cars

Two stories in the last few days have cemented my opinion that every news channel should have a legitimate automotive expert on speed-dial, if not on staff.

The first was the news that ABC News’s “Chief Investigative Correspondent” Brian Ross won himself a coveted Edward R. Murrow Award for his investigative report on the Toyota Prius’s “unintended accelleration” issue, which, as we all know now, turned out to be caused by stupid people whose size 14 flip-flops mash the gas and the brake at the same time. 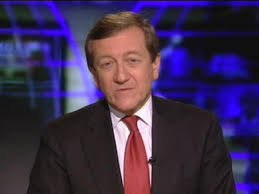 Hello. I'm Brian Ross, a festering boil on the ass of society.

Ross — whom Gawker has named “America’s Wrongest Reporter” — won the Murrow award despite the fact that Gawker called him out  for faking the video that he edited, using video of a racing tachometer shot in a parked, idling car to heighten the drama. The footage he eventually reedited and updated on ABC’s website shows the tachometer from another vehicle, which apparently Ross felt best made his point.

During the entire Prius drama, I was living up in Bennington, Vermont, working for Hemmings Motor News. As a public service to Prius owners, many of them afraid to drive the cars after Ross’s — and other journalist’s — uninformed scaremongering, I contacted the producers of every network affiliate in the Albany area, offering a tutorial on how to stop a Prius if it ran away for one reason or another (turning it off works, so does shifting into neutral, and so does mashing the brake pedal to the floor after you’ve determinted your foot isn’t on the gas.) I could secure a Prius for the story, and I was willing to drive it right to the station’s door.

I didn’t come at this completely out of left field. I was the editor of a national publication, I had contacts in the media, and I’d been on television as a “qualifed expert” (whatever that means) before.

I didn’t even get a return phone call. You see, it’s more exciting to report scary news that frightens old ladies than it is to actually try and help someone.

The second story in the last seven days that indicates newspeople not only don’t know what the fuck they’re talking about, but can’t be bothered to even find anything out, is a story linked from the Hemmings Blog from the Atlanta ABC affiliate, WSBTV.

The headline of the story reads: “Historic $500,000 Georgia Car Sits in Fed Warehouse”

Wow, what kind of a car must that be? Gee, a half a million bucks could buy all the motorcycles at the St. Paul MidAmerica auction.  $500,000 was also the top price bid for “Gilda,” a tag-team effort between Virgil Exner and the coachworks Ghia. So this must be some car the government is sitting on.

Well, as the story tells us, it’s a rare, desirable, ultra-collectable 1973 Impala sedan. In green. One of the ten hundred gagillion green Impalas Chevy built that year, and every year throughout the 1970s.

Now, to be fair, the interesting part about the ’73 Impala is that it is the first production car to feature optional airbags, which would later become a ubiquitous feature in all cars for sale in the United States, so if it ever came up at auction, it would probably bid higher than the $4,500 a pedestrian Impala might bring.

But half a million? Uh. No.

Why? Because nobody gives a shit.

It’s an interesting historical footnote at best. The only people who would truly be interested are safety nerds, and none of those are car collectors. Vintage car collectors want less of the shit that the government mandated into our cars, not more.

So where did this wildly optimistic figure come from? None other than the noted vintage automotive expert Byron Bloch.

Yeah, I don’t know who he is, either. I’ve been in this business for 18 years and I’ve never heard his name before. So I did a Google search and found his website. Turns out, he’s an “Auto Safety Expert.”  I quote:

So if you find yourself injured in a crash, ol’ Byron here is the kind of guy that’s going to present expert testimony that it was the car’s fault, not the eleven vodka tonics you had, nor the fact that you were traveling 89 mph in a school zone, never checked the air in your tires, and were jabbering on your cell phone with the seat belt flapping in the wind when the accident occurred.

Hello, I'm Byron Bloch. Crash your Explorer while playing the trumpet and eating soup? Call me!

What he knows about the value of a vintage car, I have no idea, but WSBTV felt strongly enough about his “expert testimony” that they used it as the inflammatory headline for their hatchet job.

Now whether or not you agree that the Federal government should have such a car in storage, that’s your call. I’m not losing any sleep over NHTSA hanging onto a $10,000 Impala that most vintage car collectors would like to see in a crusher, but hey, that’s just me.

In conclusion, I’m putting out a call to all media outlets: If you don’t know anything about cars, PLEASE STOP TALKING. You’re making the rest of us crazy.

4 Responses to Why “the News” shouldn’t cover cars